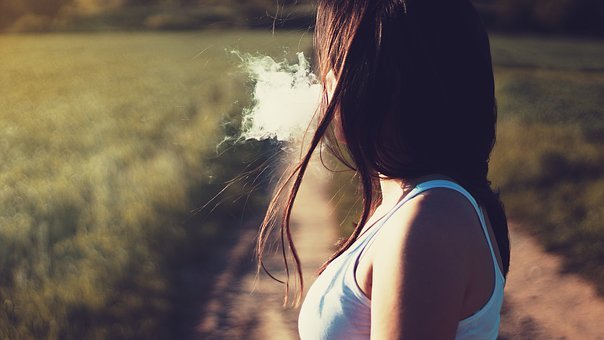 When CBD cigarettes first came out, you couldn’t stop hearing about them, but then the hoopla died down.. until now.

They used to sit on the shelf at smoke shops until someone would ask, “Hey, what’s that box with the pot leaf on it?” But when they found out what it was, usually they weren’t that interested. After all, who wants to smoke hemp when they have perfectly enjoyable marijuana at home that actually gets you high?

Well, that argument has also died down, and this is due to a very important reason: hemp cigarettes provide fast stress relief!

Unlike taking CBD oil orally, the cannabinoids contained in cbd cigarettes hits your blood stream fast through smoking. Of course, we all know that’s why most potheads enjoy smoking marijuana, because you get instantly high from the combination of THC and CBD in the marijuana flower.

Now imagine smoking the same buds, but with no THC. Do you know what that feels like? Most people don’t, and that’s why many are interested in finding out.

A Relaxing Alternative To Cannabis Intoxication

If you’re anything like most pot heads, you know that we smoke weed to relax and do either something passive like watching tv or surfing the internet, or do nothing, which is enjoyable. That’s the whole point of smoking pot, but the downside is being unproductive.

See, if you’re a cannabis smoker, you probably have those times when you want the feelings of relaxation without the psychoactive effects. Some folks think just taking small hits here or there throughout the day won’t be harmful to their daily agenda, but THC has a strong effect on people’s ability to pay attention and organize.

While many people report ease to their agitation or anxiety from marijuana, few people will say that smoking pot helps them concentrate. This is because most people don’t look at the different strains of cannabis that can help concentration and just smoke what’s in front of them.

When trying out cbd cigarettes, on the other hand, users have reported the same feelings of relaxation they get from a marijuana cigarette, but without the intoxication that gets in the way of getting things done.

What’s more? Quit smoking those awfully harmful tobacco cigarettes with a hemp alternative and find out!

When you first try a cbd cigarette, you might feel like there’s no point because of the lack of THC. But when the CBD immediately kicks in and you notice yourself relax and feel happy, you’ll start to compare them to a normal tobacco cigarette.

The problem with tobacco these days is that there are so many toxic additives in them, and it’s obvious by how you wake up every morning with gunk in your throat and feeling like you *need* a smoke. That’s the nicotine and additives damaging both your physical and psychological mind.

Since CBD is non-addictive, and since most hemp cigarettes are made without additives, you don’t have these problems anymore. Instead, smoking isn’t a crutch but something positive and healthier to look forward to.