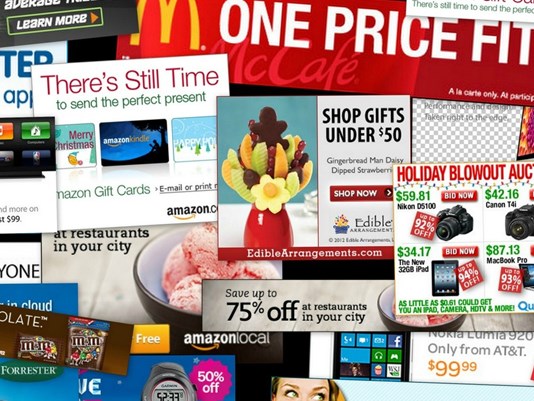 Ethics lawyers and historians have argued that Donald Trump has blurred the line between his public office and private business interests in an unprecedented fashion.

In another sense, it’s part of a much larger social trend.

Commercial entreaties – whether in the form of magazine ads, radio jingles or television spots – have long been a part of modern life. But advertising is now encroaching on public space as never before.

Cities and states now grant businesses the right to put their names and logos on parking meters, bridges, fire hydrants – even lifeguard swimsuits. Public parks intended to offer a respite from the travails of daily life now allow retailers to advertise amidst historical sites and nature preserves. School boards ink deals with all sorts of businesses to help them meet their budgetary needs.

It’s not just public space that is filling up with brand shout-outs. In conducting research for a new book on modern marketing and its regulation, I discovered that a host of once ad-free environments – from the living room to our friendships – are now becoming sites for ads or surveillance technologies designed to make them more effective.

Some might shrug, calling the ad creep an inevitable part of modern life. But there are dangers to this trend, along with legal remedies – if people care enough to actually do something.

New marketing techniques and technologies allow businesses to reach consumers in new ways and venues. One space becoming increasingly critical to market researchers is the home.

Smart technologies – from Microsoft’s Xbox One to Vizio televisions – now come embedded with what could be described as “spying” capabilities. These devices can record activities once considered private, like the movies we decide to watch and even our facial expressions while playing a video game. This information becomes part of a digital profile used by advertisers to get a better portrait of who we are and how we can be convinced to make a purchase.

Meanwhile, every time we sign on to Facebook or search Google on our personal computers or smartphones, we are adding to vast stockpiles of market research. This kind of surveillance is hard to escape. Marketers have moved past cookies: They can now identify individual users from the number of fonts in their browser or the rate at which their particular computer’s battery loses its charge.

Even our brains have become fair game for advertising annexation. A landmark 2004 study asked subjects to take sips of Coke and Pepsi while a machine measured blood flow in their brains. When the brand was a secret, participants expressed a slight preference for Pepsi. But when the brand names were revealed before taking a sip, participants, both verbally and neurologically, revealed a preference for Coke. The study was widely heralded as proof of the ability of advertising to actually change our brain chemistry, to instill emotional markers that can trump objective evaluation of the actual product.

Since then, companies have spent millions to record activity in consumers’ brains to better capture the desires we won’t or can’t articulate. Some major ad campaigns we currently see – from Samsung to Campbell’s soup – reflect the results from this new neuromarketing research.

Our friendships and social networks aren’t immune. Marketers target “micro-influencers” – often people with modest Instagram or Twitter followings – that can be leveraged to sell products or services on social media. While Federal Trade Commission rules require endorsers to acknowledge the compensation they receive in return for giving favorable plugs for a product, enforcement is minimal.

The consequences of ad creep

Even those bullish about these new marketing gambits do admit that they can be annoying. Still, a common response to complaints about the growing presence of ads is “What’s the harm?” As the argument goes, being annoyed is a small price to pay for subsidized public infrastructure, free online content and exposure to ads more attuned to our actual interests and needs.

My research shows, however, that there are significant costs to opening up our lives to advertisers. One is a loss of consumer agency. Reliance on brain scans to design more effective commercials strips audiences of their ability to consciously shape the advertising content they see and hear. Market research used to rely on focus groups and surveys, not the unfiltered disclosure of brain activity. The result can be advertising campaigns that celebrate biases or behaviors we would rather keep hidden from view. For example, thanks to data gleaned from brain scans, Frito-Lay launched a series of ads encouraging antisocial practices like intentionally putting Cheetos in another person’s load of white laundry. When directly questioned, sample viewers objected to the ads’ gleeful embrace of vandalism, but MRI readings told a different story.

Another cost comes from how advertising can change an environment’s character.

The civic values meant to be instilled by public schooling now must compete with the materialist messages of the sporting goods stores and clothing retailers that advertise in cafeterias and hallways. The use of micro-influencers on social media could make us less trusting, never knowing if that online friend is really a corporate shill.

And as commercial spying becomes routine, norms change to permit snooping in other parts of our life. Witness the recent use of facial recognition technology by churches to record the attendance rates of their parishioners and the placement of monitoring devices on once-innocuous objects like Barbie dolls and children’s toothbrushes so parents can keep tabs on their children.

The need for legal intervention

So what’s to be done? It isn’t realistic for consumers to abandon Google, to drop off of Facebook, to take their kids out of public school or to stop using public infrastructure. Halfhearted measures – like regulations requiring consumers to opt in to some of these troubling advertising practices – won’t do much to change things either. Studies show that such legislative nudges don’t work, that motivated marketers can get us to opt in if they apply enough pressure.

Instead of defaults, the law needs to create hard and fast rules preventing the entry of advertising and corporate spying into these spaces. This kind of reform doesn’t require a sea change in legal attitudes. The history of advertising regulation in the United States reveals several episodes where lawmakers moved to put an end to objectionable selling strategies fueled by new technologies.

The American right to privacy emerged in the late 19th century as a response to advertisers using the relatively new technology of photography to take pictures of people without their permission, and then using these photos to sell products. Judges objected to this forced blending of the personal with the commercial, with one court equating the practice to enslavement by a “merciless master.” Similar objections caused lawmakers to act against a barrage of scenery-obscuring billboards in the early 20th century and subliminal advertising in the 1950s. Of course, not every new advertising strategy has met with a legal response. But the historical record shows strong precedent for using the law to keep some areas of life off limits from commercial entreaties.

A normalization process can easily occur once advertising enters a new territory. Take pre-film advertising in movie theaters. When it was first introduced in the 1990s, audiences howled at the presence of commercials before the trailers and the actual movie. Lawsuits were filed and new legislation proposed to stop the practice. But over time, the lawsuits and legislation sputtered out. Surveys now suggest that audiences have become ambivalent to the presence of pre-film commercials.

The story of pre-film ads should be a cautionary tale. Without a coordinated effort, this same normalization process will take place in more and more spaces, engulfing them into the vast, existing space of commercial white noise.

This article was originally published on The Conversation. Read the original article.